In this article, we want to provide some of the top millipede facts.

Probably one of the most interesting of all is that while this insect is common and well-known, most people know very little about it. Because of this, we felt it would be a great arthropod to review, exposing facts about millipede that can shed a little light on its life and behavior.

Millipede is not a thousand legged worm

We will first start by saying that the millipede is an elongated arthropod. The multiple body segments and multiple legs are the one thing most people know of, which is what makes the millipede walk so funny. Since they have so many legs, often the millipede is fondly referred to as the “thousand legged worm”. In fact, this arthropod has two sets of legs on each of the body segments except on the first and last, only one set is found. In all, most millipedes have 650 legs. However, as we continue, you will discover through these millipede facts much more.

Millipede can grow as large as one foot long

The body of the millipede is almost circular in the cross-section, with the average body measuring 1.3 inches although tropical species can actually grow as large as one foot long.

As a way of protecting themselves from predators, millipedes depend on stink glands. Without a poisonous bite, this is the only way they can keep danger away. However, another of the millipede facts is that they will also roll into a tight ball, making it difficult to attack.

Millipede is not an insect

Next, while most people think of the millipede as being an insect, in truth this is an arthropod, which is a creature with a body that consists of multiple segments. In addition, the arthropod has an exoskeleton system, which means on the exterior is a hard shell or covering. Then, the legs of an arthropod or jointed, similar to that of a human so as it walks, bends, swims, and even feeds, the appendages are modified.

Millipede molts and grows new segments and legs until maturity

Also on our list of top millipede facts is that this arthropod molts. With this, the outside layer will peel so a new one can grow but along with this, more segments and legs are added until maturity.

When walking, the legs of the millipede move together on one side, followed by the other side. During this process, the majority of the legs touch the ground simultaneously. Because of this unique way of moving, the millipede appears to be gliding along the ground rather than walking.

The majority of the millipede’s life is spend in moist soil, as well as rotted wood and decaying vegetation. During the day, the millipede rests but then becomes active during the night.

Millipede is a natural recycler

Probably one of the most fascinating of all millipede facts is that it serves as a natural type of recycler. The reason is that along with staying in decaying vegetation, the arthropod also eats it.

Things such as wood and leaves from dead and dying plants are a favorite meal. The dead organic material that the millipede depends on is called detritus, which is broken down as the millipede and other arthropods and insects chew it.

The last fact is that the eggs of a millipede are laid in the moist soil, waiting to hatch so the new generation of millipedes can start their lifecycle, supporting the environment.

We have more interesting animal facts both for kids and for parents. If you found these Millipede facts interesting you could read our iguana facts as well. Or maybe you are more likely to read about furry animals, try our Alpaca facts. 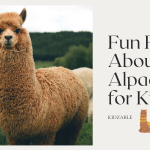 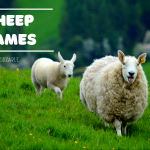