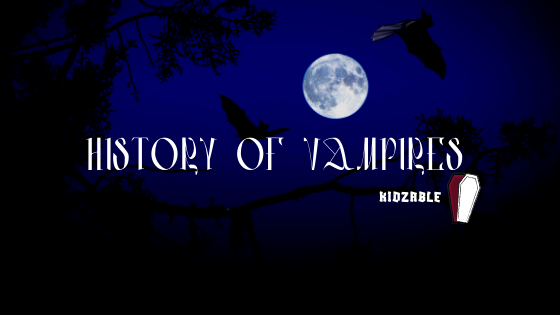 Vampire fiction wasn’t always a popular genre, but as it appeared first in J. Polidori’s The Vampyre, it started to gradually gain renown and having a boom in 1897, when astonishing and petrifying Bram Stoker’s Dracula, that set the staple of a classic vampire novel. The past century gave birth to a set of horror vampire moving pictures (that’s how they called the movies back then): the Nosferatu silent film (1922) followed by Bela Lugosi’s series of movies (1930-1940), over 1950-1960 Hammer films produced a number of moving pictures about vampires that were called Hammer Horror films.

From that point the vampire popularity was expanding exponentially, with people creating mainstream masterpieces e.g. Dark Shadow TV series (1966-1971) and last but not least, Buffy the Vampire Slayer TV series (1997-2001), modifying the vampire moving pictures by adding an element of modern society to the classic scenario. Vampires, being cunning creatures, attacked both the book world and the movies. Even though an attractive blonde vampire slayer Buffy was killing hordes of vampires on screen, Anne Rice’s Louis had been conquering the hearts of readers for decades when Buffy didn’t even exist at that point. Nevertheless, the blonde vampire slayer had managed to successfully lead vampires into twenty first century, keeping vampire popularity higher than ever.

Twenty first century. They are everywhere. You can find them in the dark cinemas (Twilight, Vampire’s assistant, Underworld, Van Helsing, Priest, Blade, 30 days of night and many more), in every bookshop (twilight series being the current best seller), every graphic novel store (countless titles), every house on the TV screens (The Vampire Diaries being the most popular). Vampires are everywhere. And they are back for more, more… fame. Stephanie Meyer’s Twilight series sold over 70 million copies. If you haven’t heard it, you’ve been living under a rock, because it is so popular, there’s going to be a movie based on every book in Twilight book series. Tanya Huff, Rosemary Laurey, Charlie Huston, Drew Silver are only several out of many vampire fiction writers that may become Stephanie Meyer of tomorrow, expanding vampire genre to the limits.

Those are mostly seductive portrayals of vampire males and females, glancing mysteriously with their natural attractive mesmerizing eyes. As a proof to that, go ahead and google “vampire pictures” and you may just find no less 111 million sites.

Vampires Are Here To Stay

Fiction is supposed to reflect nation’s culture. Expanded from mere mythology, vampires are the culture of today and, most probably, tomorrow. The secret of vampire’s popularity lies within the character’s ability to be both evil and romantic character depending on the situation, which reflects human nature of dualism, because there are simply no entirely bad people or good people, it’s what one chooses to act as. That feature opened more ways for the narrative to explore, and from the horrific terror- person you run from, vampires were domesticated and modernized into attractive bad boy, and the bad boy archetype was being popularized since Coppola’s gangsters. Do you now see how “good-bad-good again guy” is a win-win character?

A full subculture has developed around vampires and many of the emo teens who would otherwise have gone on to follow the Goth counterculture are now following a faux vampire trend. They dress in typical vampire attire, often including face paint and false pointed teeth. They will take this idea to the point of reading trendy vampire lore and drinking red colored drinks pretending that it is blood. Recently, the Twilight series by Stephanie Meyers has catapulted vampire lore into the mainstream.

Back To The History Of Vampires

However, much of the history of vampires comes from the real concerns of otherwise normal people who are trying to explain happenings in the world around them. In the middle ages, people were less knowledgeable about the scientific causes behind strange occurrences and other unexplained phenomenon. Modern sciences were fledgling disciplines and were not widely accepted. Due to this, if a child was missing or livestock killed people often looked to the supernatural to explain why.

There are many well documented vampire hunts to have occurred throughout history, where an alleged vampire hunter, often a priest, will explain this otherwise unexplainable goings on as the work of vampires. The corpse of the suspected vampire would be dug up from the grave, have its head cut off and a stake driven though its heart. The vampire hunter would then point out things such as the blood left in the heart or the long fingernails as the proof that the vampire was real. Many people never knew that these things were all normal parts of the decomposition process for a dead body.

While Bram Stoker certainly didn’t invent the legend of vampires, much of the vampire lore we now know today was due to his work. He popularized the legend that had once been mostly the tales of gypsies and small villages, making vampire lore one of the most popular legends in history. He published the novel Dracula in 1897. We all know the story or at least its main character, Count Dracula. Considering how popular Dracula is today, it is hard to believe that the book was not at first a big seller.

Stoker had spent 7 years studying the vampire folklore and stories of Eastern Europe. For most of the time he was writing the book, Stoker planned on naming the book “The Undead”. Later, he came across a book about the royalty of Moldavia where he read of Vlad III of Wallachia. From this research, Stoker took the name of Dracula from Vlad III for his main character. Vlad III had taken the name of Dracul after being taken into the order of the dragon. In Romanian, Dracul can be assigned the translation of either the dragon, or the devil. By some accounts, Vlad III was also known as Vlad the Impaler. He was a member of the crusades that fought the expansion of the Ottoman Empire. Vlad III was known to his enemies as the Impaler prince because he impaled the bodies of his enemies, often still alive, on long poles partially buried in the ground. In some cases, these were said to look like a macabre forest of bare trees with bodies at the top. He was a very successful soldier and leader with a famous nighttime raid that killed over 4000 of his enemy. Eventually he was betrayed by his former allies in Hungary.

The story of Dracula borrows almost nothing from the real man Vlad III, short of his name. Stoker was in London at the same time that stories of various invasions were being written by the likes of Arthur Conan Doyle and H.G. Wells. Stoker put an unusual twist on the invasion story, which was all the rage in London at the time, by making the invader a single yet supernaturally powerful foe. In the book, Count Dracula, the Arch Vampire from Transylvania in the Carpathian Mountains was buying up properties in London. His intent was to be among the people of the city, feeding on them as he pleased. Later, Dracula travels to London and begins terrorizing some of its denizens. Eventually, the famed vampire hunter Dr. Van Helsing is called in to help defeat Dracula. With Van Helsing’s help, Dracula is eventually forced to flee London and return to his castle where he is then confronted and destroyed.

While Dracula started much of the modern interest in Vampires, there have been many variations on the legend. Some of these modern vampire legends are outlined in the excellent 1976 novel by Anne Rice, Interview with the Vampire, and part of her Vampire Chronicles. In this story a 200 year old vampire chooses to tell his tale to a modern journalist. He tells of the trials of being a vampire in the shadows of the modern world. It is a more approachable story and much more relevant to the modern age than the work of Stoker. In her stories there is not one all powerful vampire, but a nation of them, living in the shadows and keeping their existence a secret from the public at large.

When people ask “Are Vampires real?” they usually begin with a critical perspective. They will fear, question or even mock the notion. Regardless of your initial reaction, vampires are indeed real. They exist in many different shapes, sizes and creeds. They might be your friend, your co-worker or your neighbour.

The vast majority of Vampires feed from safe consensual donors. Sanguine Vampires, who drink blood, can find blood donors online or within their friends. Many drink only animal blood, or eat food containing a lot of blood. Before either party commits to something like this, sufficient preparation for both parties such as medical health checks should be carried out. Donating blood should not be a quick decision.

99% of Vampires maintain moral codes individually or within their families or covens. The few exceptions are not supported by the community, are fully pursed by the law and these are the ones which usually make the news.

Do You Think You Are A Vampire?

With all the above said, do you have the feeling that maybe you are a Vampire after all and not a mere human. Or maybe all this reflects to someone you know and now you suspect that person is a Vampire. Why not take our Vampire Quiz. 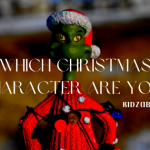 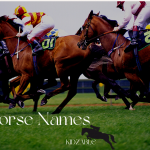